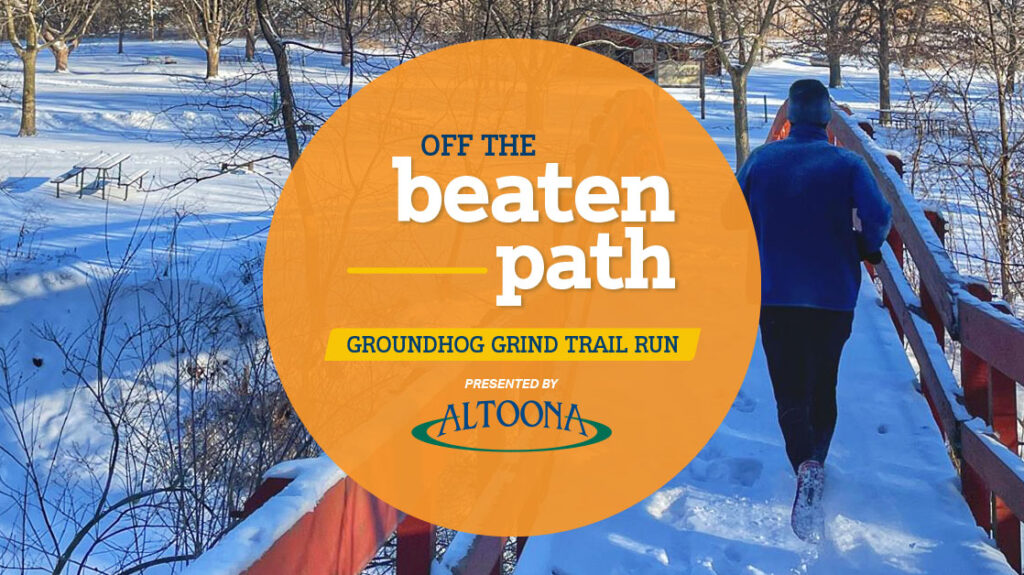 Oh, the joys of an ice beard.

While the majority of us prefer to spend these bitter late-winter mornings wrapped in a comforter, pigs-in-a-blanket-style, there are those among us who take to the streets regardless of plummeting temps, rising snow, and a Midwestern phenomenon known as an “ice beard,” in which moisture accumulates on one’s face, forming icicle goatees and mustaches that break when bent.

Many of these people belong to the Altoona Running Club.

Formed in the fall of 2018, the club hosts weekly group runs—rain, snow, shine, you name it. While it was originally formed for safety reasons, members of the Altoona Running Club soon discovered other benefits of running together.

“One of the great things about running with a group is the community,” said Matt Miller, club president. “The running community is so supportive, and we love to see everyone succeed. Having a group to run with can also help you with accountability and staying consistent with your running.”

Now, the Altoona Running Club wants you to experience the frosty highs and frigid lows of winter running with The Groundhog Grind, the club’s first trail run.

Starting at 10AM sharp on February 6th at Thomas Mitchell Park (scroll for more details), The Groundhog Grind takes runners over the river and through the woods, visiting places with names like “Groundhog Gulch” and “Bone-Chiller Prairie.”

The course is a loop; runners who opt for the 5K cross the finish line after one loop. Those brave or foolish enough to run the 10K will get to run the loop all over again (the race website refers to this as the “true groundhog day experience”).

Matt says the weather will play a key factor in the race’s difficulty.

“We have a fairly easy course with two large climbs,” he says. “Our challenge is going to be the weather and possible trail conditions with snow or ice.”

Matt and some fellow club members have been running the course weekly to test its conditions.

“So far, we’ve run in fresh snow and temperatures down to eight-below.”

Those who finish the race will have a much-needed fire waiting to warm them up, along with hot chocolate and a wooden groundhog finisher award. When everyone’s crossed the line, the Altoona Running Club will host an after-party for all participants at their sponsor, Brightside Aleworks (a very cool microbrewery in Altoona we featured a while back).

At just $30 – a low price for a race with chip-timing, free shirts, awards, and hot chocolate – the Groundhog Grind is an opportunity for runners of all skill levels to bundle up, explore a little park with a lot of character, and maybe even find a cool community of people along the way.

Do it for the groundhog.

Do it for the grind.

Or, if all else fails, do it for the hot chocolate.

What: The Groundhog Grind Trail Run, organized by the Altoona Running Club

When: Sunday, February 6th. Packet pickup is February 5th at Fitness Sports or at the course on race day from 9-9:45AM.

Weather Policy: If park officials close the trails, the race will either be moved to a different date or cancelled. No refunds for cancellation.

Perks: As a participant, you will receive a t-shirt, hot chocolate and (for finishers) a wooden groundhog award.

Registration: Online only. Click or tap here to register and get more info.