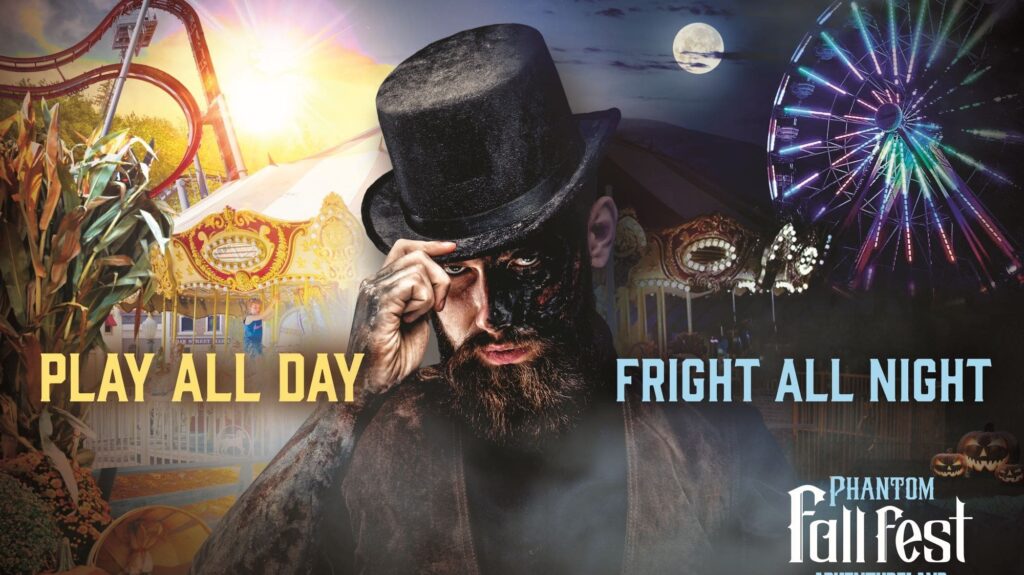 Construction is underway on seven all-new haunted experiences at Adventureland as the Home of Iowa’s Best Thrills prepares for the first-ever Halloween event in its nearly 50-year history, Phantom Fall Fest.

The Altoona theme park will debut the new, walk-through haunted houses and scare zones on Friday, September 30, continuing on weekends until October 30. Many of the park’s most popular roller coasters and rides will be open during the event, including the Monster, Dragon Slayer, Tornado and Space Shot.

“This is the largest investment in a single event Adventureland has ever made. Working with industry leaders, we will provide guests with some of the most terrifying haunts in the state, along with Adventureland’s thrilling rides and attractions,” said Adventureland General Manager Bill Lentz. “You will not find a haunted attraction like it anywhere else in Iowa.”

Adventureland is partnering with RWS Entertainment Group, a global leader in themed entertainment and events, and local horror leaders from the Slaughter House to create the haunted attractions that will headline Phantom Fall Fest. Guests will be able to play all day, but after 6 p.m., fear kicks into gear with more than 100 scare actors populating the terrifying scAREAs throughout the park.

“The team at RWS is excited to bring to life some horrifying experiences that truly immerse the guest in a terrifying story,” said Monica Miklas, RWS Manager, Immersive Creative Content. “It is great to collaborate with Adventureland, as we elevate the scare this season and definitely Raise Your Fear.”

The RWS Scream Team of creative artists, designers, technical directors and fabricators have conceived and developed four haunted houses and three scare zones at Adventureland, populated by actors trained in the award-winning ways of scaring the socks off unsuspecting guests.

Phantom Fall Fest is included with select 2022 and 2023 Season Passes. 2023 Gold Season Passes include the rest of 2022 and remain $50 off for a limited time. View the event map below.